As mentioned in the previous post, I used some of my grandmother’s everyday objects as starting points for my contribution to artist-group FIUYMI’s exhibition “In the Periphery” this summer (up until 29th of September) in Koster’s sculpture park in the (kind of) south of Sweden (but very close to Norway).

I did this to talk about the kind of periphery dementia is.

When my grandmother started to disappear into a state of ambiguity and mixed reality it was very painful to watch this highly capable and strong person starting to forget how to take care of herself. I lost the possibility of having long, meaningful conversations with her, since the timeline was constantly reset and cut off, and started to become a stranger to one of the most important people in my life. But even then, mixed in with the sadness, was amazement. At how strange our brains are and how creative they are, constantly. She had entered a world of dream logic. To her all the people she had ever met and all the places she had ever been were in reach all the time. Her mother, dead since at least 20 years, could come visit, and Spain, her favourite country, was sometimes on the second floor of her house. I especially remember a conversation I had with her the last Christmas we celebrated together. She both knew and didn’t know who I was. In her mind she was there to interview us about what we thought about the big news that we, as a family restaurant (something we are very much not), had gotten the job to make the Nobel-prize ceremony dinner. She asked many questions about this, but was at the same time a bit confused every time she remembered that she was part of the family. She also kept coming back to the question of when someone would come pick her up. At first I corrected her every time, explaining that she was going to stay with us and celebrate Christmas, but it felt so sad to have to tell her she was wrong all the time (that can’t be fun to hear over and over even if you forget it two minutes later) so I stopped, and followed her lead instead, to see where we would end up. We ended up in quite a few places actually: The North Pole, Spain (always on her mind), together with her dancing uncles many years ago, and back again at the family restaurant, to mention a few. It was not the kind of conversation we used to have when I was younger, and that I still miss, but we kind of had an adventure and travelled in time while the Nobel-prize dinner was being made in the kitchen, and I think we where both happy for a while.

Off course this is not “the solution to dementia” and off course it doesn’t always work to just go on an adventure instead of handling the problems in front of you. But I am really glad I have memories like this together with her.

Back to the exhibition. Here are the finished pieces, placed in the sculpture park.

“Grandmother bakes (and forgets to stop)” 104 concrete mazarins (her speciality). In the background the other two pieces.

“Grandmother sorts in strange ways”  18 jars of wax keys that no longer open anything. 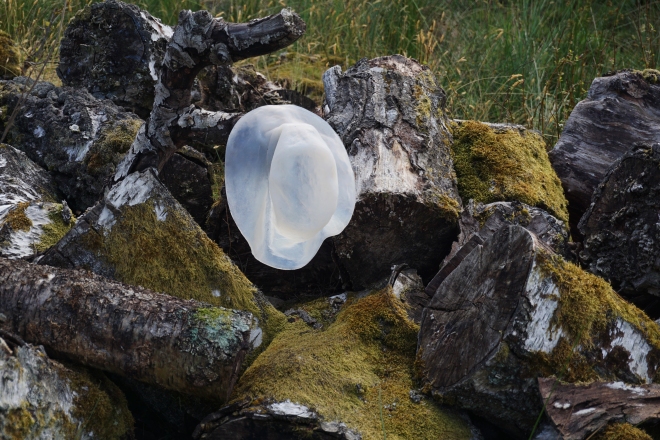 “This hat was given to me by my daughter’s mom” Silicone cast of one of her hats, and direct quote.

Thank you everyone who came to the opening and told me about your own experiences of dementia! A hug for each of you.

When we emptied grandmother’s house 3 years ago, I saved some of her everyday-things. Keys, shoes, her cane, the hat that was hanging by the door. This summer I’ve made casts of some of them for the exhibition “In the periphery”, in Koster’s Sculpture Park at Sydkoster, an island on the west coast of Sweden.

Here is part of the process of the keys.

Some of her keys, nobody knows what they once opened.

Dementia can be like opening doors with the wrong keys. Everything gets mixed up, all the places you’ve been and all the people you’ve met behind every door, or behind no door anymore. 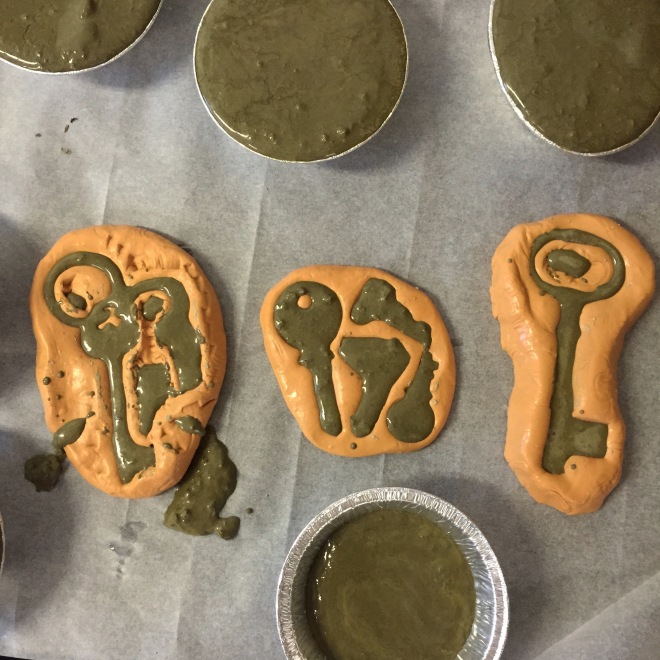 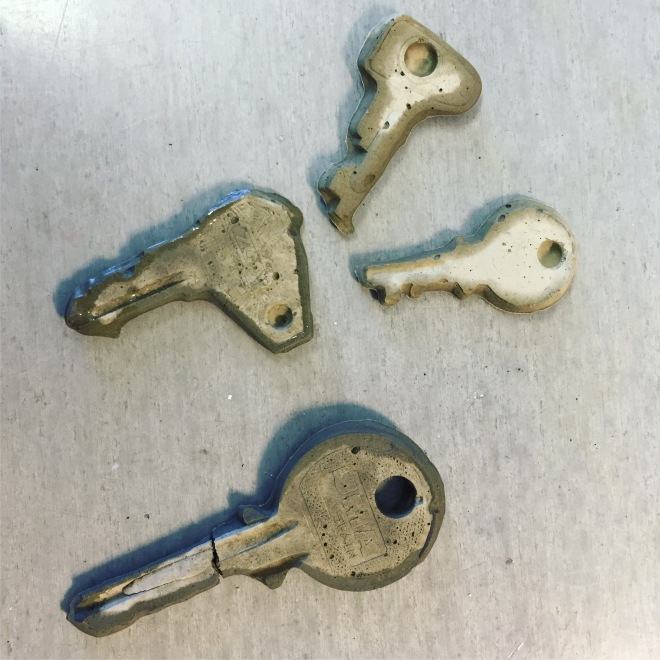 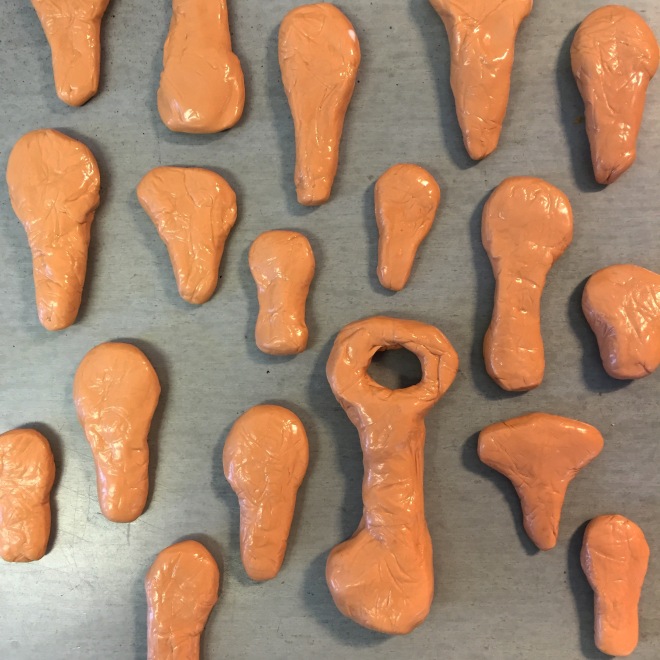 Result: ghost key, fragile and blank like her fading memories.

Saved in jars the keys loose their function even more.